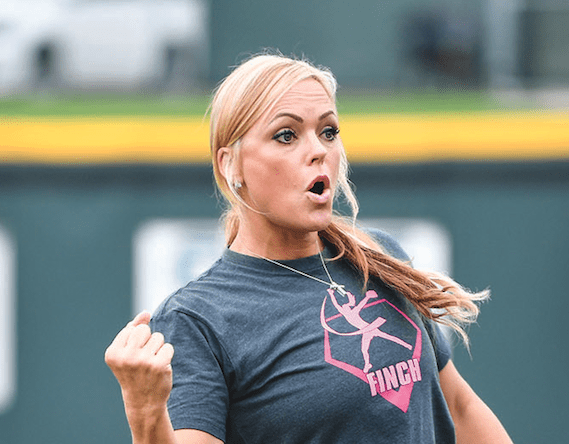 It was a busy late-August Saturday at Wichita State, as the Circle of Stars and Wichita State welcomed Jennie Finch, arguably the greatest softball player in history, for a youth camp and a softball game feature national and local celebrities.

The youth camp was a hit with scores of kids participating. The softball game featured people such as Finch, former Nebraska star running back and Green Bay Packers running back Ahman Green, and former Heisman Trophy winner Johnny Rodgers. 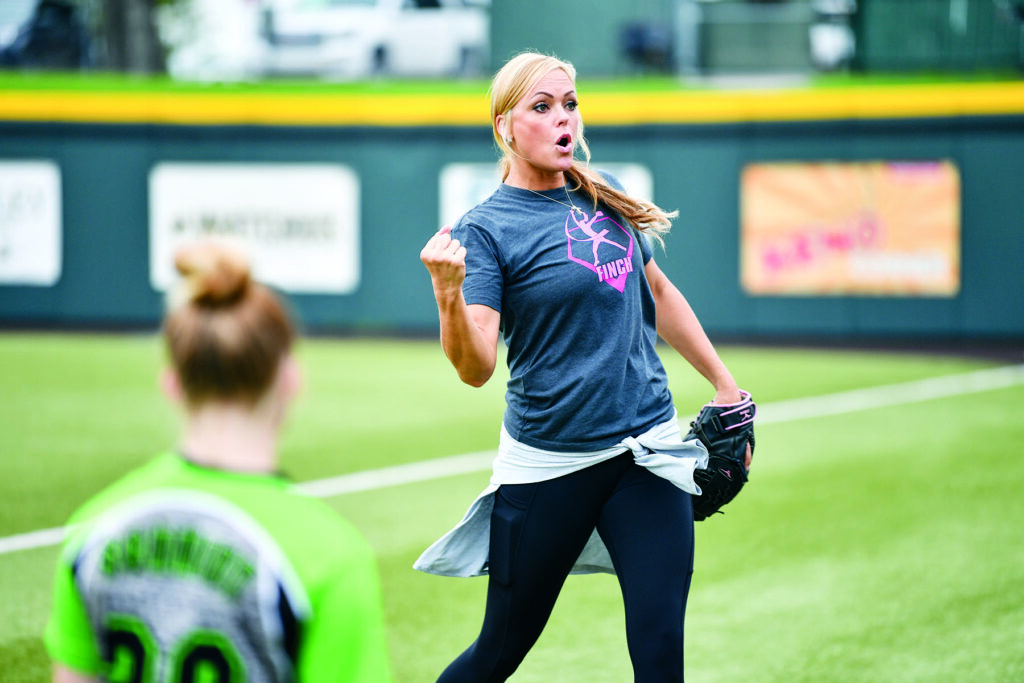 Jennie Finch instructs a drill during a softball camp sponsored by Circle of Stars. (Photo by Kelly Ross) 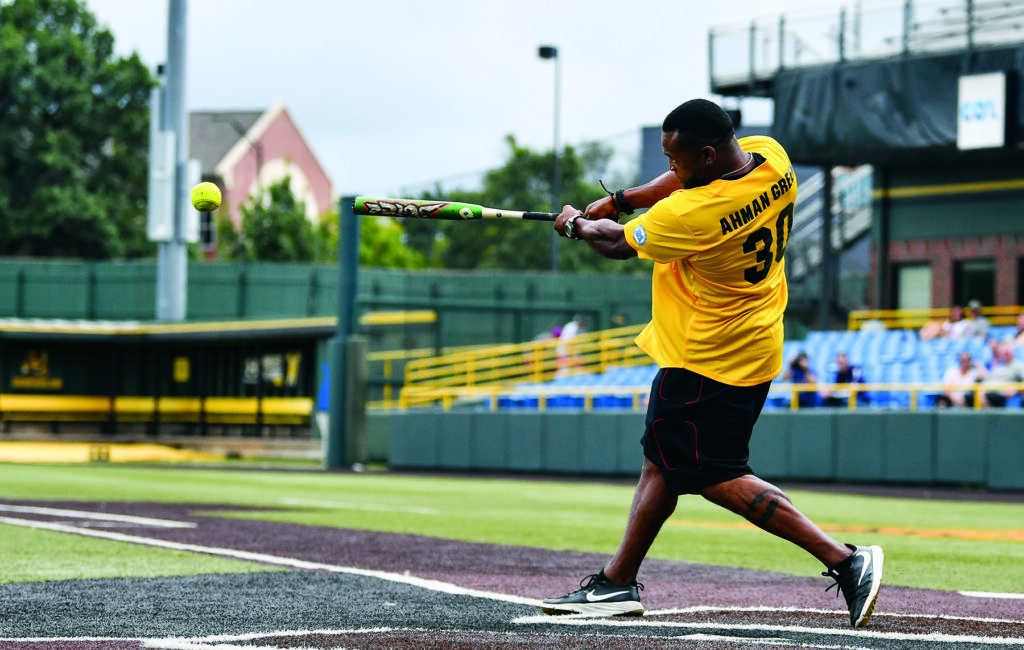 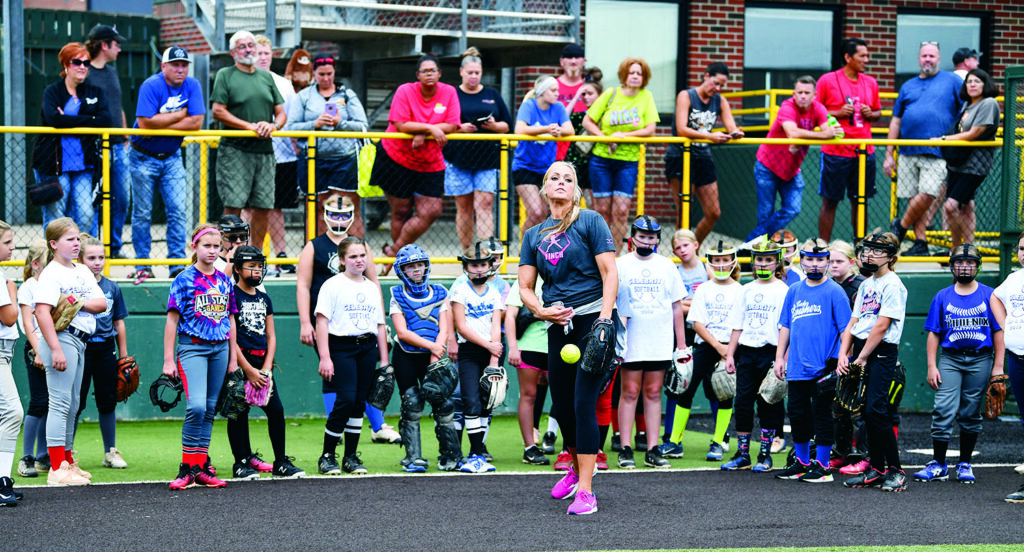 Several youth watch as Jennie Finch delivers a pitch during a softball camp at Wichita State. (Photo by Kelly Ross)