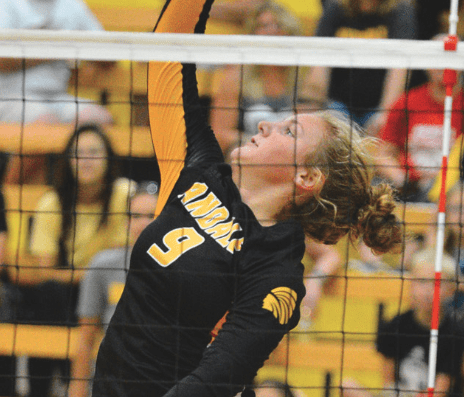 ONE SMALL DISTRICT, TWO VOLLEYBALL POWERS – Garden Plain (2A) and Andale (4A) each have dominant programs in Renwick district

There’s not many differences between how Garden Plain coach Gina Clark and Andale coach Kaylie Bergkamp coach their volleyball teams. Their practices are mostly the same – each intermingles the varsity with the junior varsity players. They both work with their seniors on leadership. They both have had success. Their similarities in their drive, intensity and coaching style could have a lot to do with the fact that they’re related – Clark is Bergkamp’s mom. And they’ve been focused on volleyball for years.

“I think what people don’t realize is the time that my mom and I invest outside of volleyball to make those programs like they are now,” Bergkamp said. “It is a lot of outside work, stuff behind the scenes, outside the season. I grew up in her system, and it worked. We won a state championship (in 2008). Then I took bits and pieces of when I played in college and had some opportunities to coach at some different levels. It has gone back to what she has taught me and introduced me to. The systems that we run and do in our gym are pretty identical. It speaks for itself.”

Both Garden Plain and Andale are in the Renwick school district. Garden Plain won the 2018 Class 2A volleyball title. Andale took fourth in 4A. Garden Plain also won a 3A title in 2015. While Bergkamp is in her second season at Andale, Clark is in her 23rd overall, 12th at Garden Plain. Both have high expectations for their players – and themselves.

“I have a huge drive and dedication for what I do and how I coach,” Clark said. “I just wear it differently, so perhaps people don’t see it as outwardly now compared to 15-20 years ago.”

Bergkamp has challenged Clark to use more technology, while Clark has urged her daughter to build strong relationships with her players. But run practices that simulate game-type situations, and it’s never varsity vs. junior varsity.

“They’re going at each other – we play good on good. We make even teams and make them go after each other,” Clark said. “Practice gets a little salty.” 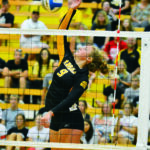 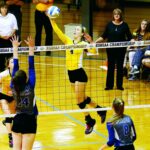 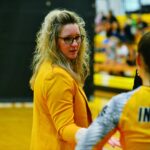 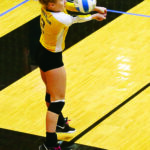 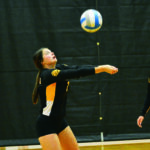 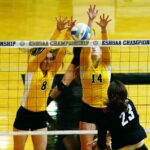 Andale and Garden Plain have excellent teams again. Garden Plain returns the 2019 Class 2A player of the year, hitter Natasha Dooley. After graduating two setters, Madysen Zoglman and Claire Clark, Gina’s daughter, have settled in as leaders who distribute the ball well.

Passing is strong, as well with a trio of Kennedy Horacek, a four-year starting libero, Alli Puetz and Christia Rose Gorges.

“I call them the Passing Posse,” Gina Clark said. “We’ve figured out how to have all three of them passing every rotation. In our first two matches, they were so amazing.”

Andale is led by Jenna Jarmer, who is running a 5-1 offense for the first time. She was tested early endurance-wise as Andale went 5-0 at its Sept. 7 tournament. She’s got plenty of top-notch hitters to get the ball to.

“We have a lot of girls who can put the ball away,” Jarmer said.

Junior Katelyn Fairchild is the top attacker along with senior Morgan Bruna and freshman McKenzie Fairchild, Katelyn’s sister. Andale also is strong in its passing game with libero Madison Grimes and Sage Reichenberger. Bruna and Fairchild play all the way around. That there’s so much talent in both programs isn’t surprising. Both schools have excellent girls programs. Garden Plain won 2A in volleyball, girls basketball and girls track in 2019-20. Andale won the 4A girls track title and took second in girls golf.

“When you look at our communities in Renwick (school district), there’s a high expectation,” Bergkamp said. “The girls know there’s expectations as athletes.”

And the parents teach these athletes young.

“Our parents, they kind of instill a champions atmosphere,” Dooley said. “They make us be respectful. Do sports, but be accountable for our actions. And then when our coaches got to us, they take things to a whole other level.”