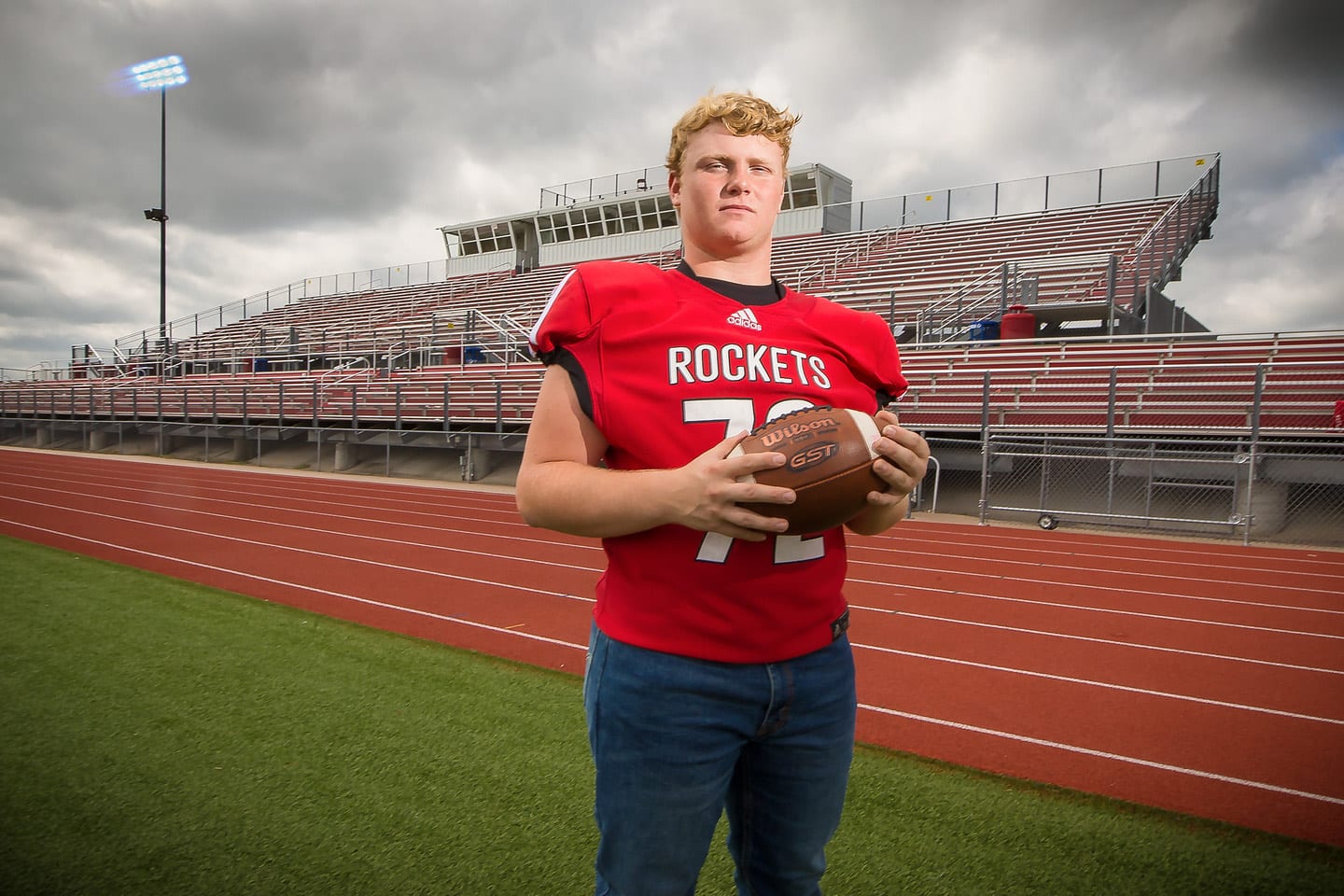 Over the past two years, Rose Hill senior defensive lineman Adam Herndon has experienced the kind of grief that few go through in a lifetime.

Herndon’s brother, Isaac, and cousin, Katelyn Green, committed suicide within two weeks of each other in the spring of 2018.

His grandparents, Rhea and Ronald Sloan, died this past summer. His grandfather Richard Wilson died at the end of September.

“You just have to work through it,” Herndon said. “Whenever I am doing things like football, I like to think — even though my brother wasn’t a big football person, my cousin wasn’t either — that they all like to watch me play.”

Herndon found help in the support of coaches, family and friends. And therapy.

“That’s not ever a bad thing,” Herndon said of therapy. “It was very helpful, just to have somebody to talk to.

Herndon and his brother were two very different people. Isaac was a homebody, who preferred to be in front of a computer. Adam couldn’t imagine not being outside and active.

“My brother was seven years older than me,” Herndon said. “We were always arguing, always at each other’s throats — brothers. Then we’d stay up together and watch TV as late as we could on the weekends.

“I always looked up to him.”

“That was the year that coach (Lee) Weber was hired,” Herndon said. “We never really talked about it … but just being around him, around that coaching staff, they really helped me through.

“Then, this past summer with my grandparents, they reassured me that if I need anything, to come talk to them.”

Football has always been Herndon’s love. And it’s what has helped him deal with his grief.

“I still have days every so often where I’m really upset and miss them,” Herndon said. “I miss everyone. Those days don’t happen as often anymore.

“…It has helped to keep focus on football.”

“We got a new defensive line coach, Roger Foltz,” Herndon said. “He has really showed me new stuff. He taught me how to get my hands free, and my technique has really improved. It has helped me a lot.”

On Oct. 25 during Rose Hill’s 45-0 win over Independence, Herndon realized a dream.

He scored a touchdown.

“That was a big deal,” Herndon said. “I love my position, but … there was always a little bit of me that wanted to hear my name over the loudspeaker after scoring a touchdown. It’s every bigger guy’s dream to be able to hear that.”

During practice last week, Rose Hill put in a goal-line package that included Herndon at fullback. The Rockets used it against Independence.

“My offensive line really fired off the ball and made a gap, and I fired through the gap,” Herndon said. “Coach said it looked like I was going to keep running to Udall.

“It’s pretty overwhelming for someone who has never done it before. For me, you could tell I had never been there before. Lots of jumping around, celebrating for too long.”

And there were tears.

This time, though, the tears were of happiness.

“It was our senior night, the last night I’d get to play on that home field, and I got to score a touchdown,” he said. “I thought it was really cool. Yes, there were tears.”