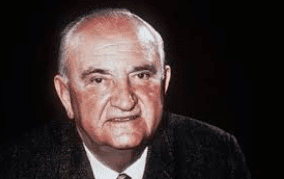 As a kid he was a ballboy for the tournament. As a freshman in high school he was the host for the referees, taking them wherever they needed to go.

Williams played in the tournament for Halstead.

And for the past 25 years, he has been the tournament’s announcer, a position his father, Larry, did from time to time.

“It’s got to be one of the better mid-class tournaments,” Williams said. “We have quality teams from the AVCTL and Central Plains. We get some good talent through the door, and usually it’s one or two that are special.

“… We love hosting, and we like to make them feel welcome.”

Halstead principal Joe Gerber played in the Dodge City and McPherson tournaments when he was in high school at Newton. Those are special tournaments, as well.

“It comes down to the people that run the tournament,” said Gerber, who coached Halstead basketball for 12 years, 10 as the head coach. “And what I mean by that is it’s a community-wide effort. We always have people wanting to jump in and help, do whatever it is that we need done.”

Cheney, Garden Plain and Haven have been coming to the Rupp tournament for decades. Andale for more than a decade.

“That’s an endorsement right there,” Williams said. “Teams want to come back.”

The tournament is named after Rupp, a Halstead native who coached Kentucky men’s basketball for 42 years and retired as the winningest coach in history.

“He’s in our hall of fame, was our inaugural inductee,” Halstead athletic director James O’Brien said. “He’s someone we are very, very proud of.”

“It’s very special that he is from Halstead and he excelled in basketball on a nationwide stage,” Williams said. “It’s no different than any name coach today that everyone knows. And he coached the Olympic team.

“He made a name for himself, and he was very gracious in letting us use his name.”

Each year there’s plenty of talent at the tournament — and this year is no different.

The top four seeds are Haven, Cheney, Minneapolis and Garden Plain. Andale (4-3) is the No. 6 seed with losses to Andover, Maize South and Collegiate.

Garden Plain faces Rose Hill, the No. 5 seed, which is 7-3 and led by Koby Campbell.

“It’s always a loaded field,” O’Brien said. “We have six teams with winning records, and any of the six have a chance to win it.”