Northwest coach Bobby Bribiesca, one of the deans of City League soccer, announced his retirement on Friday after 41 years with the Grizzlies.

He won 10 City League boys soccer titles, state boys titles in 1995 and 2011 and seven City League girls titles. Coach B is the only boys soccer coach Northwest has had, while he coached the girls for 22 years.

The decision wasn’t an easy one for Bribiesca, who turns 71 in August. But after his daughter Carla, who was 48 years old, died in December, leaving two school-age sons behind, Bribiesca decided he needed to retire.

“It happened so fast. They never knew the real cause of it,” he said. “She was 48 year old. It just gave me a sour note. Even today I ask why. They tell me I’ll get over it in time.

Bribiesca has three daughters, as well as seven grandchildren and a great grandchild.

“My daughter’s death, it made me realize that there’s more than coaching a sport, that family at times needs more attention,” he said. “It put me over the edge — ‘Bobby, now it’s time to help Vivian help the grandkids. It’s time to try to be the best grandpa I can possibly be.'”

Bribiesca helped build the sport of soccer in the Wichita area. He remembers the days of not being able to buy a soccer ball in the area, of when his wife made everyone refereeing shirts because there was no place to purchase them.

He helped found the Wheathawks, but they had to travel to Oklahoma or Missouri to play. Then he, and a few other pioneers of the sport here, went to the Kansas State High School Activities Association to get it included as an approved sport.

“There were a lot of people besides Bobby B working to make that happen,” Bribiesca said. “… I’m just a small part of the puzzle.”

The 2011 season was Northwest’s only unbeaten team.

“It was a dream team,” Bribiesca said. “That year was more stressful than any other year. You keep wondering, ‘when are you going to lose?’ Once we got to 10-0, it was ‘oh my goodness. I’d rather lose now than in the state championship.’

“At the same time, it was a very rewarding year. I had athletes that built such a tight team chemistry. We fought for each other. My bench was strong.”

The 1995 title team was a little different.

“That was a blue collar team,” Bribiesca said. “What we lacked in skill, they had in determination.

“You know, I’ve been blessed with some great athletes and the best parent support.” 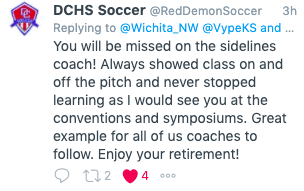 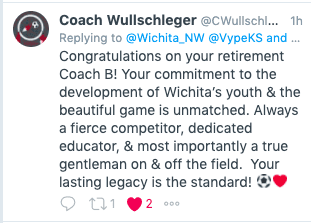 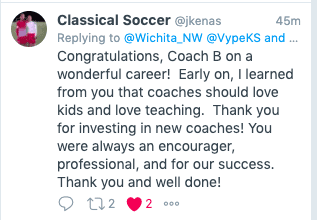 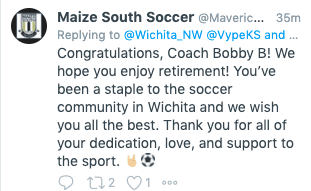 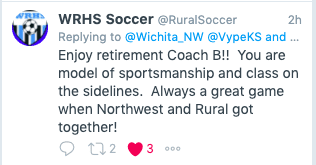