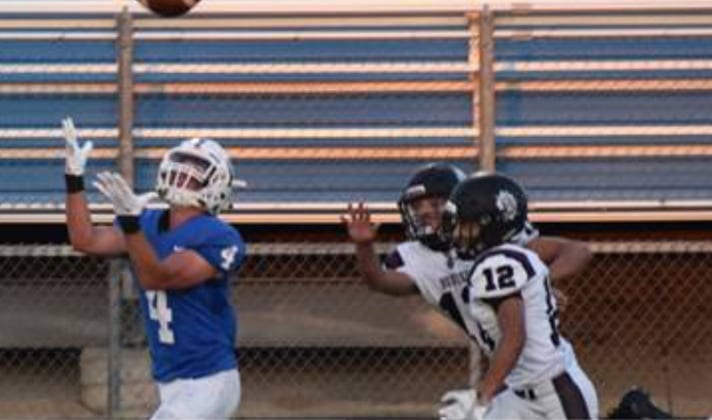 Jake Shope of Goddard was chosen as the Hog Wild Performance of the Month for his game against Buhler on September 4.

Shope caught 12 passes for 242 yards and four touchdowns in the Lions’ 35-20 victory over the Crusaders. 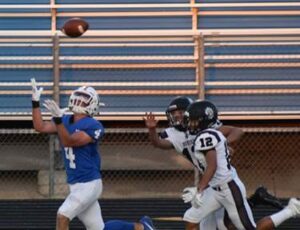 “Going into the game I really hadn’t thought about how I matched up against the corners,” Shope said. “I just went into the game with the mindset that it didn’t matter who was out there I was just going to do what I knew I was capable of.”

Because he was so locked into the game, Shope did pay attention as to how many yards and receptions he had.

“I had no idea how many yards I had during the game,” Shope said. “All I was worried about was doing what I could do for us to win the game.”

Shope thinks Goddard’s offense can continue to be as explosive as it was in the season opener.

“I do think our offense can continue to be explosive because Coach Beason is an amazing coach,” Shope said. “He always has some new plays or just different variations of the same play to keep the defense on their toes.”