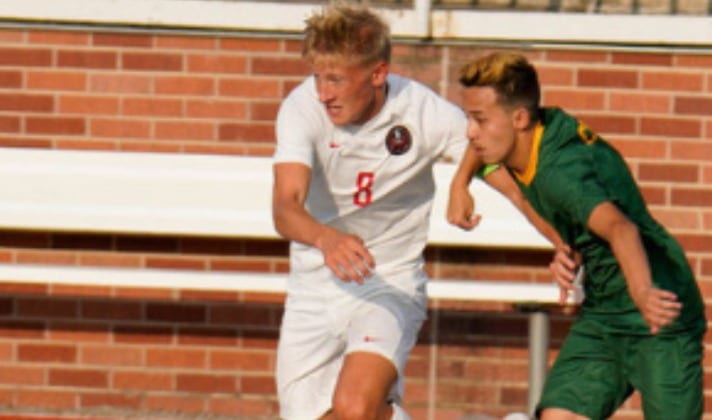 Cody Achilles from McPherson was chosen as the Salina Area Preseason Boys Soccer Player of the Year.

Achilles, who is a senior, was a first team all-league outside back for the Bullpups last season when he scored four goals and tallied 10 assists.

“I had no idea that so many people knew about me and my accomplishments playing soccer,” said Achilles about being the top voter.

Soccer has always been a huge part of Achilles’ life and he started playing before he can even remember.

McPherson graduated several key seniors from last year and Achilles wants to prove the Bullpups have no plans to rebuild.

“This season, I would like to prove to people that we aren’t in a “building phase” and prove that we are a team full of a lot of individuals that will work harder than any other team, and are very capable of being successful during the postseason,” Achilles said. “A team goal we have is to be less of a team and more of a brotherhood by spending time interacting in each other’s personal lives and be connected to each other on a deeper level.”