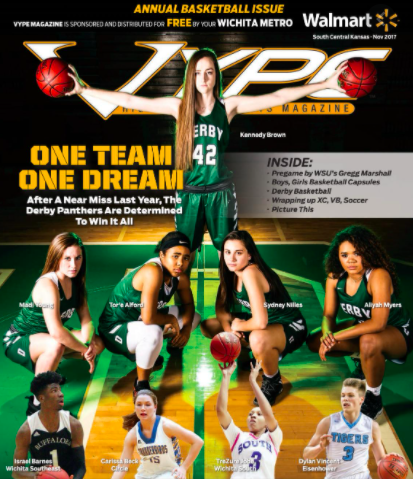 Last season the Derby girls basketball team was on the prowl for another Class 6A championship after advancing to the semifinals when Covid-19 hit and the rest of the tournament was canceled.

More bad news hit the Panthers when coach Jodie Karsak announced she will step down after the season.

Coming into her eighth season as head coach, Karsak has another team with all the pieces to be great and get back to the state championship game.

With the young talent that Derby has in its sophomore class alone with Arkansas commit Maryn Archer and Addy Brown, the Panthers would be a title contender through the 2022-23 season.

“I was shocked at first, definitely something you would never expect to happen,” Brown said.

Karsak is stepping down due to her husband getting a job in Kansas City.

Though this is Karsak’s final year at Derby, don’t expect a letdown.

The Panthers return Missouri Western commit Jaidyn Schomp for her senior year, along with Brown and Archer. With all that talent, the Panthers are poised for another deep playoff run.