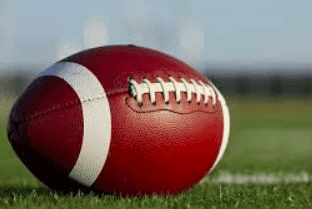 With the playoffs intensifying week by week, each team is playing for its state title hopes.

For Derby, it was another easy win as the Panthers  continued to ride their hot streak of play against the visiting Gardner-Edgerton Blazers.

Liston opened the game with a blocked punt for a touchdown.

Sophomore Dylan Edwards also continued his hot play as he notched three touchdowns once again for the Panthers.

But for the Panthers, their offense wasn’t the only one clicking.

The Panthers led 35-7 at halftime, and the only first half offense for the Blazers came from a scoop and score from their defense.

Derby continued to coast, winning 48-28. The Panthers will take on the No. 1 seed Lawrence Lions next week in Lawrence. Lawrence didn’t play because its game with Dodge City was canceled due to Covid-19.

East will play at Junction City, which beat Washburn Rural 70-25.

Maize vs. Maize South was a barn burner during their first matchup in the regular season — not this time.

The Eagles (9-1) had different plans.

Once the Eagles were able to sustain the initial punch from Maize South, they were off to the races.

The Eagles led 28-7 at halftime, but their work wasn’t done.

The trio of Avery Johnson, Jacob Hanna and Josh Sanders accounted for all eight of the touchdowns scored by the Eagles.

Johnson threw for two and ran for two, and Hanna caught both passes, while Josh Sanders lived up to the hype once again and ran for four of his own, including a 96-yarder in the first half.

The Eagles moved on to the 59-27 win and will take on the Bishop Carroll Eagles next week.

For Kapaun (8-1), the Crusaders’ defense managed to slow Goddard’s duo of Kyler Semrad and Jake Shope en route to the 38-15 win.

Kapaun will play at Wichita Northwest.

Northwest (8-0) also moved on with a 69-0 win over City League foe, the Heights Falcons.

The Falcons had put up the most points out of anyone that had played the Grizzlies this year when they met in the regular season.

But this time Northwest hit the Falcons hard and kept on hitting them.

Arkansas City moves to the quarterfinals of the playoffs as they upset the Andover Central Jaguars, a team that seemed poised to make it to the state title game once again.

Ark City ended all of that talk when they traveled to Andover and won 33-28.

Andale held Clearwater to 59 passing yards and 77 rushing yards as they dominated to move on with the 53-0 win.

Conway Springs (9-1) beat Plainville 14-7, getting a touchdown from Cole Schulte in the final 45 seconds for the victory. The Cardinals will play host to Inman (8-2), which beat Remington 50-6.