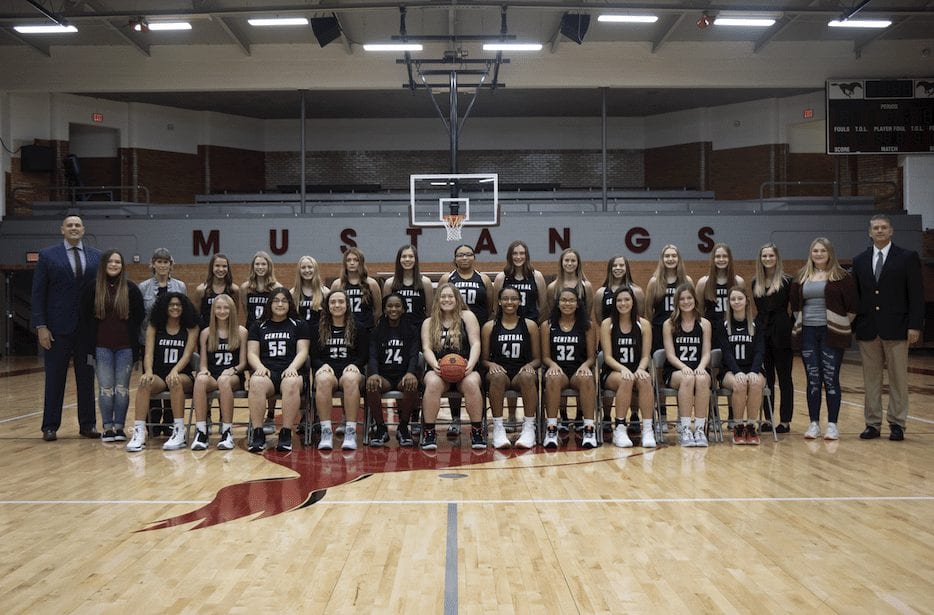 The Salina Central Lady Mustangs defeated Valley Center 57-37 on January 12, which was their sixth win of the season. They were also without two of their players in Mykayla Cunningham and Madison Freeman.

“Our expectations are to improve every day and become the best team we can be based on our potential,” Salina Central coach Chris Fear said. “We are not there yet but I like the progress that we have made so far.”

Junior Aubrie Kierscht, who scored 29 points on 53 percent shooting against the Hornets, leads Salina Central. On the season, Kierscht is averaging 20 points per game, while shooting 57 percent from the floor.

The Mustangs have just one senior on their roster, so their success this year is likely not just a one-season story.

“We definitely returned a great deal of talent,” Fear said. “We did make some changes. Mykayla is starting at the point guard position and Aubrie moved to the off guard position. We also have three new players that are a part of the rotation that did not play on the Varsity last year. Because we are still adjusting, I feel like we have a chance to improve greatly over the next two months.”

Last season, Eisenhower upset Salina Central in the first round of sub-state, so that has been motivating for the Mustangs this season.

“We feel that we have a team that is going to be very difficult to handle when we get to the postseason,” Fear said. “Our team has discussed our commitments to the team and our purpose for playing. If we can stay focused on doing whatever we can for our teammates, we will have a successful season.”