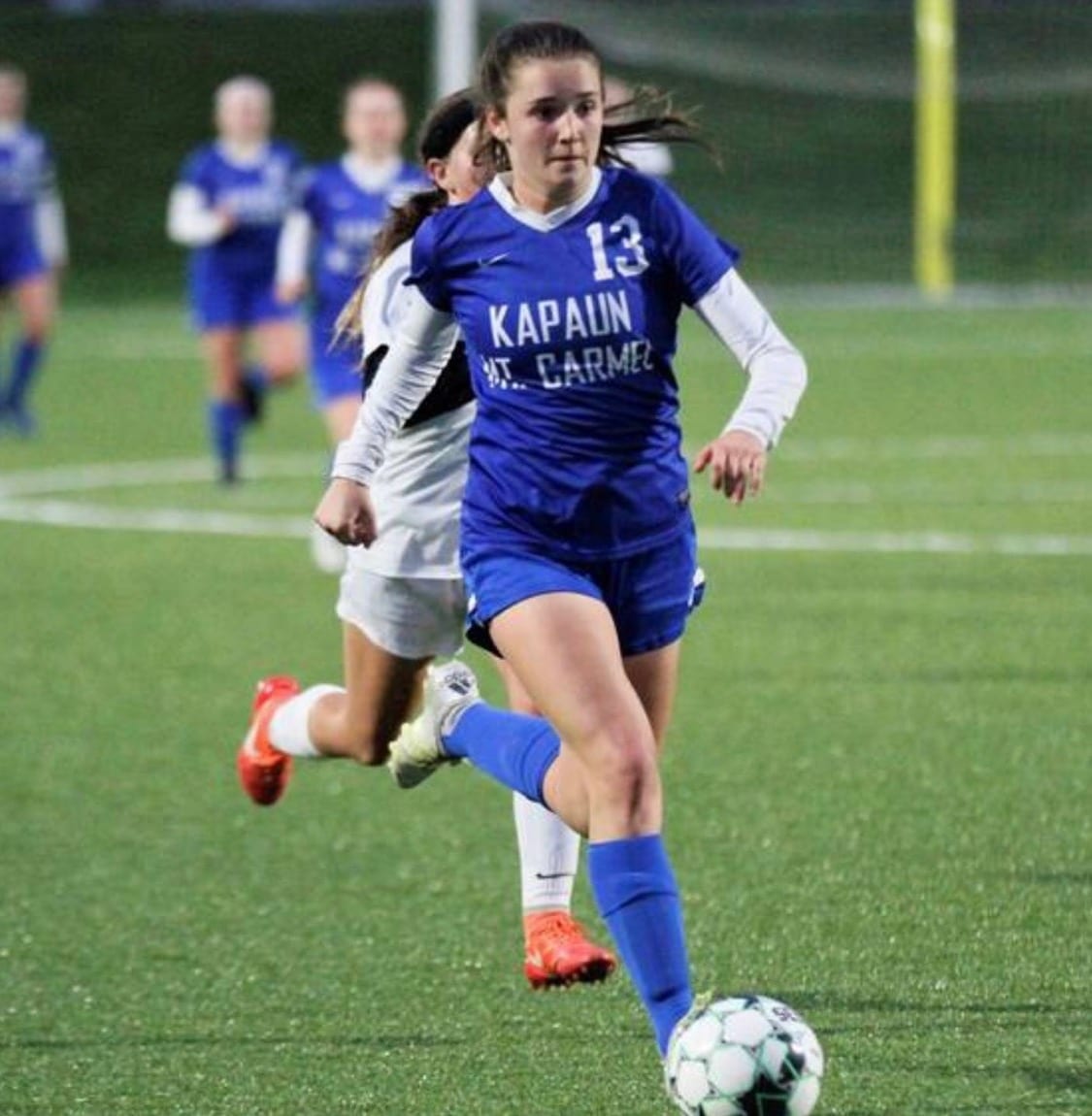 Kapaun Mount Carmel senior and soccer player Hadlie Lowe will play forward/striker on the varsity soccer team this spring. To say Lowe and her teammates are excited to get back on the pitch is an understatement.

“What I love most about my team and teammates is that we constantly are pushing each other every practice to be our best and work to get even better,” said Lowe. “My expectation for the upcoming soccer season is really just that I know my team is going to work hard to give our best performance every game, and we won’t give up easy”

Lowe started playing the sport when she was only four years old. Over the years she has made many great memories, but as a player at Kapaun Mount Carmel, Lowe said her time on the high school team is what she will remember most.

“My favorite memories on the KMC soccer team have been the many bus rides and team dinners we have had. They also bring the team closer and make us all really love and appreciate one another,” said Lowe.

Lowe has big plans once she adds graduate to her name.

“After High school, I am planning on attending Hutchinson Community College to play soccer, and study health science to become a physical therapist,” said Lowe.

Hadlie Lowe of was voted as the Wichita Large School Preseason Girls Soccer Player of the Year. Lowe received over 25,000 votes, which was nearly 40 percent of the vote.

“Being voted was so exciting,” Lowe said. “It meant a lot to even be on the list in the first place, so winning really is the icing on the cake.”