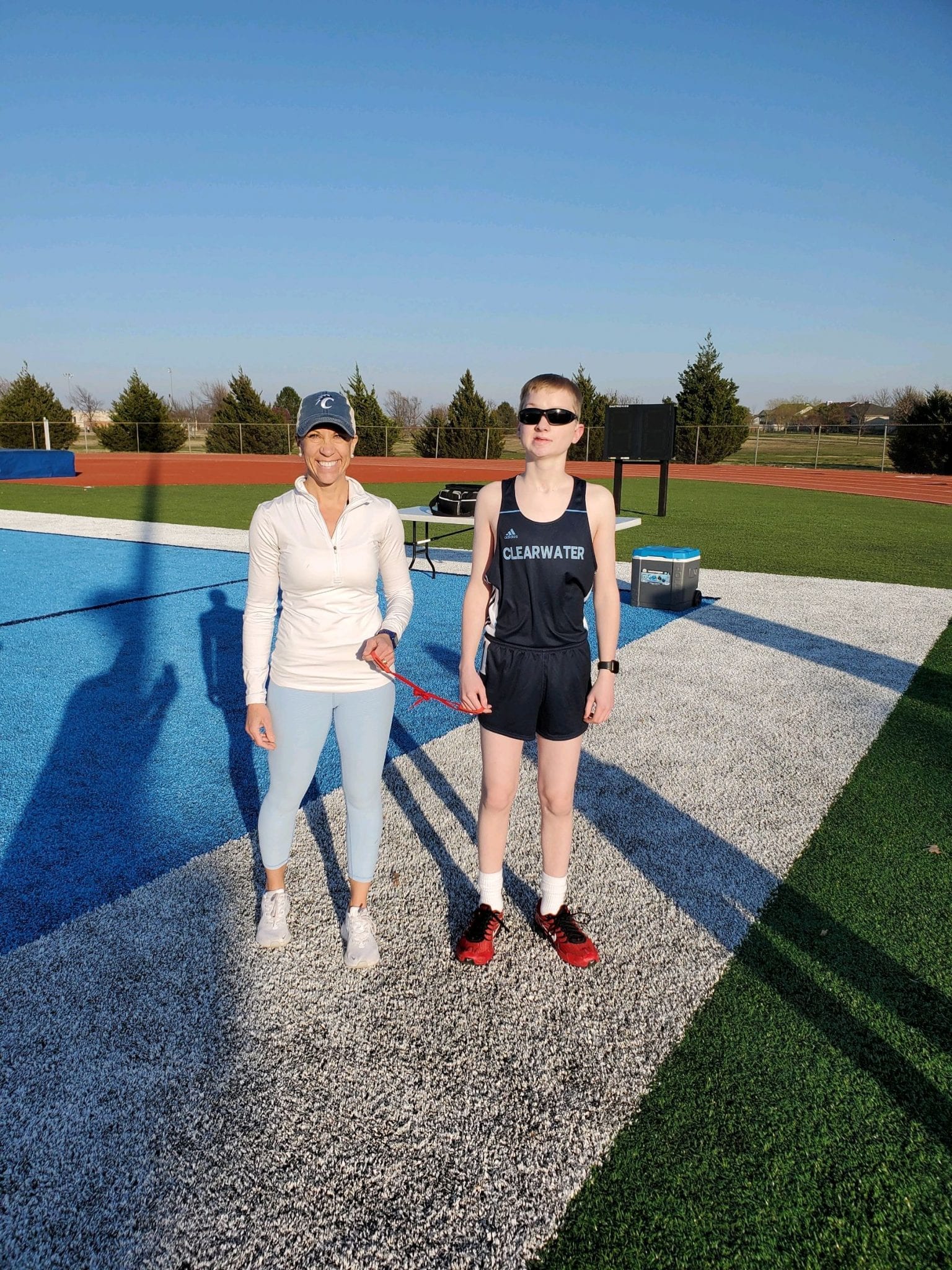 A torrent of emotions coursed through Kim Tobias as she watched her son, Caleb, a Clearwater freshman, cross the finish line of the 400-meter dash with his guide Geri Beatty at the high school’s invitational.

“He was the last person to cross, and in our eyes, he was the winner because of what he’s been through and he’s persevered through all this. It was an emotional moment for us,” Kim said.

But two years ago, Kim, Caleb, his sister, Morgan, and Didrik, a foreign exchange student, were in a devastating car wreck that turned their lives upside down as Caleb fought for his life and was rendered blind.

Kim was in a wheelchair for several months after breaking 16 bones from her neck to ankles and had to have a spinal pelvic fusion to enable her to walk again.

Caleb bore the brunt of the injuries, suffering massive facial injuries that obstructed his airways. His brain swelled.

At one point the doctors suggested that the family take him off life support.

“God said, ‘oh no, oh no, this boy cannot die  yet. I have lots of plans for him,'” Caleb said. “… I survived so many things the doctors said I wouldn’t. God still has a plan for me in my future.”

Caleb spent months in hospitals, and the recovery has been slow because that’s what happens when one suffers a traumatic brain injury.

But Caleb has adjusted. He’s especially proud that he learned Braille in less than a year.

And when asked if he’s mad he lost his vision, he responded with an emphatic ‘no.’ He explained that he kind of sees black, but the main color he sees is green. When he walks outside without glasses, he sees white.

Eight months after the injury, Caleb returned to school.

“He now regularly completes workouts of over 3.5 miles a day and is truly a walking miracle,” Clearwater track coach Jeff Cornwell wrote in an email. “Every day he does something either in weights class or practice that absolutely amazes me.”

Cornwell is not alone in that feeling.

“We were told multiple times that he will not survive. The fact that he’s running track, that’s just above and beyond.”

Athletics have long been a part of Caleb’s life. He played football and basketball and had planned to run track in middle school.

Caleb loves track, even though it could be freezing one day and ridiculously hot the next because it is, after all, Kansas.

Track is a fun activity, and socially, it’s excellent.

“I like hanging out with my friends,” he said. “I like sitting there and listening to music.”

Kim added: “He can be part of the team, he can get out and exercise…. He has a way to feel like he’s one of his group of buddies again, as opposed to an ostracized member.

“It was a life changer.”

Beatty, who is also his physical therapist, helps a lot.

There’s no doubt that Caleb’s life has changed drastically since his family’s car was t-boned by an SUV on that March day.

There’s also no doubt that his — and his family’s — faith has been a huge source of support, along with family and friends who have stepped in to help.

“We have been able to walk through the day-to-day activities with the help of a lot of friends and family,” Kim said.

And on that April day when Caleb ran his first track meet, it wasn’t only the Tobias family cheering for him as he finished with Geri.

“It was the first time I heard cheering from everyone for him,” Kim said. “I don’t know decibel levels or how it compared to the person who came in first, but to me, it was more important. His success of crossing that (finish) line was worth more than anything else at that moment in time.

“… I had so many texts after I got home from that meet. A lot of people there had known of our situation and, in many cases, had come to help. I would venture to say that there were more than a few moist eyes.”

Caleb’s future is unknown. His pre-wreck dream of becoming a pilot is gone, but as his brain continues to heal, more hope springs forth.

“I don’t see the wreck as a bad thing,” Caleb said. “It’s bad I lost my vision. That wreck, it pretty much cost me my life, but God didn’t want me to die just yet. 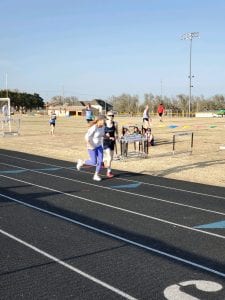 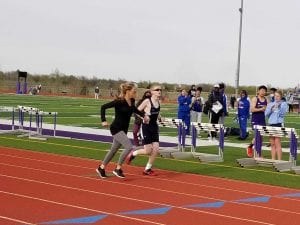