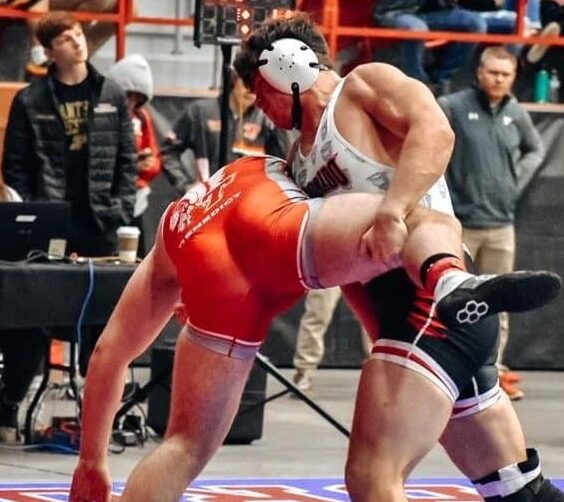 Collin Scott of El Dorado was one of two wrestlers who were voted the Wichita Small School Preseason Wrestler of the Year. Scott is ranked fourth in the 190 weight class of the Kansas Wrestling Coaches Association preseason rankings. At the 4A Tournament a year ago, Scott took fifth in the 220 weight class.

For this season, Scott has decided to change weight classes, which has led to a rigorous offseason training program.

“I have been preparing for the season by dieting and working hard in order to cut weight,” Scott said.

With his lower weight, Scott hopes that will not only help his place in state, but his endurance throughout the season.

“I’m just looking for improvement, I’m going to try to win more matches and take what I learn from losses in order to better myself,” Scott said. “I’d like to improve on bottom, get better at getting escapes and reversals, hopefully being in a lighter weight class will help me.”

After graduation, Scott already has a plan in place.

“I’d like to go to trade school and get into the work force as quickly as possible,” Scott said.

By Matt Browning Amy Johnson, the volleyball coach at Ellsworth, was chosen as the Salina Regional Orthopedic Clinic Coach of the Month. Johnson, who...

By Matt Browning The Ell-Saline volleyball team was chosen the Visit Wichita Team of the Month. The Cardinals have been one of the top...

By Matt Browning The Sedgwick volleyball team was chosen as the Visit Wichita Team of the Month. The Cardinals are the top-ranked team in...